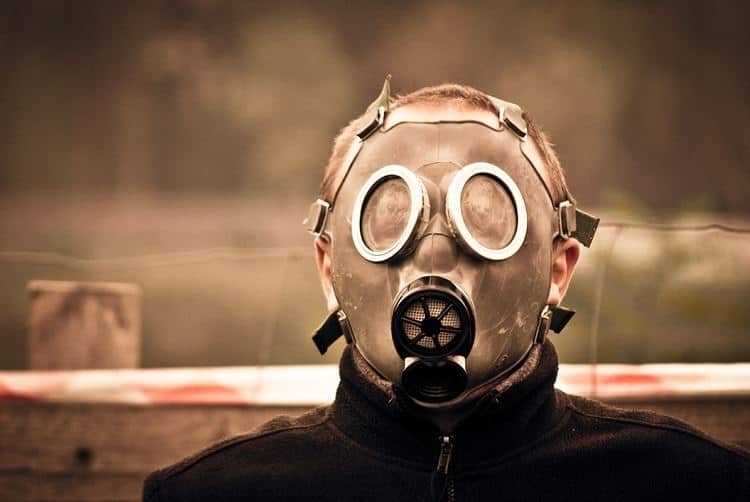 I bet you didn’t think you would find an article about breathing while searching exercises for gamers. Proper breathing can boost any athletes performance, but it has unique benefits that can apply to gamers and esports.

Optimal breathing can surprisingly boost a gamer’s performance while also improving their general health and reducing their risk of injury.

We were born to breathe in the most optimal way, and that’s what we all did as infants. We took deep rhythmic breaths that made our bellies rise.  For most of us, however, we adopted poor breathing habits over time that have manifested into short breaths that go into our chest, leading to problems such as high blood pressure and poor posture.

Some of you may already be aware that your breathing isn’t always optimal. Maybe you’ve had a few too many energy drinks and found yourself either frequently holding your breath or taking quick shallow breaths.

Every cell in your body needs oxygen to survive and perform. Moving air in and out of your lungs gets oxygen into those cells.

For athletes in aerobic sports like long-distance running, swimming or biking, optimal breathing is required to maintain a proper heart rate which in turn calms the body. By calming the body, athletes become more alert and focused.

For athletes in strength sports, like weightlifting or powerlifting, breathing is crucial. These athletes will take an extremely big and deep breath and hold it to increase their intra-abdominal pressure. By creating this pressure, strength athletes stabilize their spines and increase their maximal efforts during a lift.

Competitive gaming is closer to aerobic exercise, as it requires a continuous activity over a long period of time. I love the definition of esports provided by physical therapist and strength and conditioning specialist Matt Hwu:

So, how does optimal breathing boost gaming performance? According to physical therapist Ron Hruska, the creator of the Postural Restoration Institute

“proper diaphragmatic breathing restores everything from alternating mechanics of dynamic movement and posture, like arm swing during gait, to our ability to handle sensory input.”

That last point, “our ability to handle sensory input” is crucial for gaming performance. Why does optimal breathing increase our sensory input? It calms us down and improves our focus.

Let’s return to the list of benefits associated with optimal breathing:

Have you ever felt any of these symptoms while gaming? Imagine how they can affect your performance during competitive play. Sure, there’s going to be some amount of stress experienced when on stage competing with high stakes. But if you can reduce any of the above symptoms by simply changing how you breathe, why wouldn’t you?

WHAT IS “NON-OPTIMAL” BREATHING?

Pay attention to your own breath. Don’t change anything, just become aware of how you’re breathing. It’s probably something like one or two seconds in, one second out. Your belly probably doesn’t move much.

The muscles responsible for your breathing, the endless cycle of inhaling and exhaling, are the diaphragm. The diaphragm is deep inside your abdominal cavity. Every time you breathe in, the diaphragm contracts and flattens out and this is what pulls air into your lungs.

Your lungs begin to lift up and out as your lungs fill. Well, at least they’re supposed to. Your diaphragm relaxes as you exhale and your abs contract to pull your ribs back down as the air leaves your lungs.

Bet you didn’t realize how intricate every breath we take is, or that, on average, we take 23,040 breaths a day. Now consider how bad things can get when you do something wrong 23,040 times a day? That’s what’s happening every day for you when your breathing incorrectly and less than optimally.

A stereotype gamers get a lot is that they are hunched over their keyboard or the controller with poor posture. Sure, extended periods of time spent gaming will have detrimental effects, just like any sport, but it doesn’t have to ruin your body.

How does non-optimal breathing affect your posture? Well, when you breathe incorrectly, that is, when you don’t use your diaphragm the way its intended and instead breath into your chest, other muscles take over. These other muscles are often referred to as “secondary muscles” and they’re located around your neck and collarbone.

When your secondary muscles become the primary in breathing, your posture starts to deteriorate. Your shoulders round forward and your neck leans forward, and so starts the domino effect as the muscles in your back responsible for upright posture become inhibited. These back muscles include:

As the domino effect continues, your tight and overworked secondary muscles, along with your weak back muscles that are responsible for upright posture, can create shoulder instability and shoulder impingement syndromes.

Shoulder instability and shoulder impingement syndromes are often the results of an inhibition with the muscles responsible for allowing your shoulder blades to move freely. These muscles include:

So, if after gaming you’re complaining about upper back and neck pain, don’t worry, you’re not alone. Research has shown that non-optimal breathing and neglecting to use your respiratory system to its full capacity can cause such pains.

WHAT IS OPTIMAL BREATHING?

To get a better idea of what optimal breathing is, try taking a deep breath, not stopping while counting to four and then exhaling to the count of four again.

Now, to check what type of breather you are, do the same as above, except this time, put your hand on your stomach, just beneath your rib cage. As you inhale (deep and whilst counting to four) if you stomach/abdomen is pushing your hand out, this is proper breathing. Good job.

If you struggled with any of the above, try this exercise (take from the COPD foundation) to start improving your breathing:

Remember, you’re breaking an old habit and starting a new one. This can be difficult. The most important thing you can do is be consistent with practicing these breathing techniques. It may take some time, but deep, optimal breathing that utilizes your diaphragm will soon become the norm, and not something you have to intentionally do (your health and posture will thank you).

My biggest concern is when gamers and esports athletes decide to start going to the gym to get in shape. With the above problems in posture and muscles imbalances, going to the gym and using weights will most likely exacerbate problems.

Gaming, especially competitive gaming, can take its toll on the body. If you’re reading this, there’s likely been some (or a lot) of damage already done. Undoing some of that damage and working to correct it will do wonders for your future health and your future gaming performance.

I hope I have brought to your attention some of the many benefits associated with deep and optimal breathing. Optimal breathing can help reduce your stress and anxiety, lower your blood pressure and help increase your focus. A lot of supplements may promise you those benefits, but fixing your breathing guarantees them.