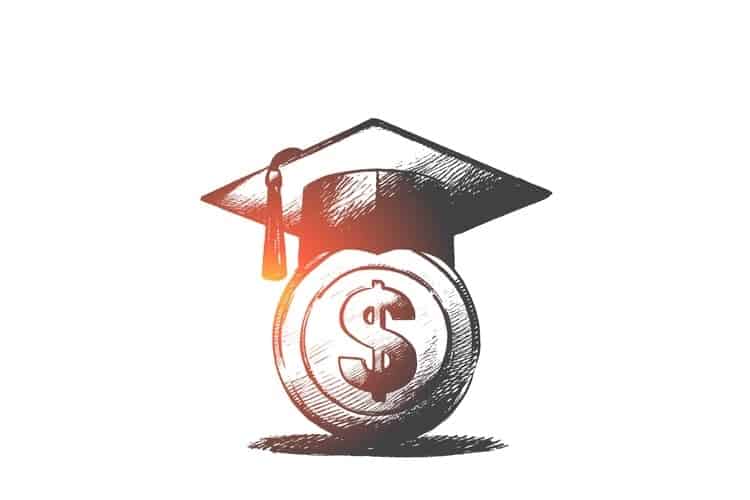 As the world outside of esports continues to come up with reasons why esports aren’t “real” sports, colleges and universities are offering esport scholarships in an attempt to attract up and coming talent.

ARE ESPORT SCHOLARSHIPS A GOOD IDEA FOR YOU?

You might be thinking you’re better off to invest your time and energy into esports and only esports. After all, if you’re going to be pro, why do you need to go to college as well?

The truth is, esports careers can be short-lived. Some say the average pro career is less than 2 years for LoL. CS:GO and other FPS pros seem to last a little longer, but it’s still rare to find someone approaching 30 years of age.

Whatever the actual average is for a professional career in esports, most will agree it’s short. Don’t be disheartened, the average career for an NFL running back is barely over 3 years.

Another factor to consider is the practicality of you actually becoming an esports pro. There are said to be over 80 million people who play LoL. Out of the 80 million LoL players, only a few hundred are pro, and out of the few hundred pros, only the top players are making what can be argued as good money.

The odds of going pro in esports are slim and even if you make it, you won’t last long. You need to have a plan B and an esports scholarship is a great opportunity. Not only will you get to compete on a varsity team, but you will be setting yourself up for life after esports.

You are going to be a different person when you’re in your 30’s, and although you’ll probably still love esports, they may not fulfill you in the same way they did when you were approaching your twenties. Life after pro sports can suck for any athlete, so having opportunities to fulfill yourself and your life is an all-around good idea. If you can get an education while gaming, don’t pass that up, it is a much more lucrative option than pro gaming, at least statistically speaking.

In 2014, Robert Morris University made headlines around the world by being the first institution of its kind to bring esports into its athletic program. This is when esports, at least in the US, became a varsity sport.

Yep, the beginning saw two small, mostly unheard of schools, create their own varsity esports teams. But if you do a bit of research on collegiate basketball, you may find a similar story. Nowadays, many consider March Madness to be better entertainment than the NBA.

Fast forward a bit and in the spring of 2016, University of California Irvine became the first public university to create an official esports program. By September 2016 the UCI Esports Arena, sponsored by iBUYPOWER, was opened. It has since gained additional sponsorship.

HOW MANY SCHOOLS HAVE VARSITY ESPORTS TEAMS

So where are we now, only a couple short years later? While journalists in the media continue to balk at the idea of varsity esports, varsity esports continues to grow.

The National Association of Collegiate Esports (NACE) is a nonprofit membership association aimed at advancing collegiate esports in the varsity space.

NACE was officially formed in July 2016. When they first formed, there were only 7 colleges/universities that had esports programs. Now, over 100 institutions have varsity esports teams. All over the US, schools are contemplating how they can create their own teams and enter esports.

I can’t wait to see collegiate esports become more popular and accessible. I competed in counter-strike 1.5 (on an amateur level) back in the early 2000s. The pro scene was extremely underground, and I would have to download HLTV demos for each player’s POV to be able to watch a pro game. Watching live tournaments with casters has been a dream come true for 15 years old me, and thinking about cheering on a local school for esports would be awesome.

HOW DO GAMERS GET ESPORTS SCHOLARSHIPS?

First and foremost, you will need to get accepted into a college or university the “traditional” way. That is, you need to apply, send in your high school transcripts and any necessary references, complete the application (typically online), pass (and do well) on the necessary tests like the ACT or SAT.

After being accepted, you will likely have to complete a recruitment form. UCI’s recruitment form can be viewed here. UCI states that you must be at least a Master level for LoL or Grandmaster for Overwatch to even be considered.

Depending on your skill level and the school, you’ll be given normal or priority status. Priority status often means you’ll be meeting with coaches and current team members early so they can better feel you out as you’ve already stood out from the crowd.

After all of this, tryouts begin. Tryouts typically happen at the beginning or shortly before the beginning of a school year and you may be required to fill out a tryout application (you’re going to love paperwork at this point). Tryouts will often be live so that coaches can see how you play during competition. I would strongly advise getting a feel for live LAN competition at a local tournament near you before this kind of tryout.

Once the above is all done, a final roster will be finalized and posted by the school’s varsity esports team. Cross your fingers and check it. Remember, like many varsity teams, you may not make it the first year, or you may make it to a junior varsity team, but you’ve typically got a few more shots in the upcoming years.

There is, of course, a way to avoid all of this. If you’ve already been rising the ranks and getting noticed in your particular esports, you could be scouted and invited. In fact, you may have to choose between several schools, and if this happens to you, you’re likely going to get a full-ride scholarship. Congratulations.

So, if you’re in high-school and you’re climbing the ranks, show your parents this article and educate them. Hopefully, they’ll come to understand that attending school on an esports scholarship is, in fact, possible.

WHAT HAPPENS AFTER YOU GET A SCHOLARSHIP?

You are also going to have a set practice schedule and mandatory games for scrims and tournaments. You’re going to have to commit to practice aspects outside of playing the game itself, like strategizing with your team and watching competitor demos. It is also my hope that you’ll have physical fitness requirements too, and if you don’t, commit to it on your own time.

You will also receive some of the perks that varsity teams receive like meals, private training facilities and having a fan base.

DO COLLEGES AND UNIVERSITIES HAVE SEPARATE LEAGUES FOR ESPORTS?

Additionally, schools will often compete in other leagues like:

When I was 15, pro gaming was an extremely underground niche that most people had never even heard of. As it grew over the last couple of decades, people kept saying it was a fad or that it’s not a real sport.

Well, I’m not sure what’s left to argue when there are varsity esports teams offering full ride scholarships. Sure, esports may never be as big as more traditional sports, but there aren’t many colleges offering scholarships for darts or billiards.

WHAT OTHER COUNTRIES HAVE ESPORTS SCHOLARSHIPS

This article primarily focused on the US. I’m happy to say that in my native country Canada, the University of Toronto (where I did my graduate degree) created Canada’s first esports scholarship. While not a varsity esports team, I hope this is just the beginning for collegiate esports in Canada.

I’ve tried searching the web and can’t find any other definitive results. Do any of you know of esports scholarships in countries outside of the US and Canada? Comment below!

SHOULDN’T KIDS FOCUS ON MORE TRADITIONAL SPORTS WHILE GROWING UP?

Some may argue that the rise of esports, and especially varsity esports, will entice kids to become even more inactive, choosing to spend time mastering fortnite instead of playing basketball outside.

The sad reality is that kids are spending the majority of their time sitting already, and it isn’t because of video games. Kids sit to eat their meals, sit to commute to school, sit at school (I’m a huge proponent of standing desks for classrooms, I even started standingforkids.ca), sit on the way back from school, sit to do homework and then go to sleep. An hour of soccer in the evening isn’t going to counteract their primarily sedentary lifestyle.

Additionally, I made this site to bring a more athletic approach to esports. If pro gamers want to call themselves athletes, then they need to do more than just play their sport. I think the community will be better off if they adopt a more sport specific approach to esports training.

I'm the gamer behind Cyber Athletiks. I live in Canada and began competitive gaming near the dawn of esports. I've loved watching the scene grow to where it's at today.

link to How Much Do Professional Gamers Make? it depends.

Until fairly recently, the concept of a "professional gamer" was a fantasy. The two words used to be antonyms - but times have changed. Professional gaming is now a viable way to earn a...

Continue Reading
link to How Many People Watch Esports? more than you think.

Esports is already a wildly popular form of entertainment, and it will likely only grow as many of the world's 2.4 billion gamers start watching competitive gaming events.  So, how many...

Hi! I'm Stuart ".ficks" Cameron. I competed in esports in the early 00s, I continue to game and I've loved watching the scene grow to where it's at today. This website is an opportunity for me to give back to the gaming community.

This site is owned and operated by Cyber Athletiks and is a participant in the Amazon Services LLC Associates Program, an affiliate advertising program designed to provide a means for sites to earn advertising fees by advertising and linking to Amazon.com. This site also participates in other affiliate programs and is compensated for referring traffic and business to these companies.

*We will never spam you or give away your information. We never send more than two emails a week.